Captain Leathers was a colorful and dynamic captain of many of the steamboats named Natchez. The most noted was the Natchez that participated in the race with the Robert E. Lee on the Mississippi River in 1870. 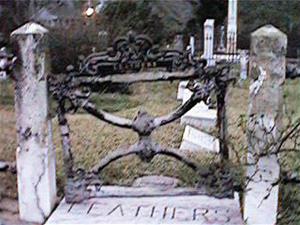 Captain Thomas P. Leathers, a native of Kentucky, began his river career on the Yazoo River in 1836. He had great financial success in the lower river cotton trade and built many steamboats, among them 7 named Natchez.

The Natchez VI made 401 trips without accident in the New Orleans to Vicksburg trade route - a great accomplishment in an era with little or no safety regulations.

In 1870, as owner of the Natchez, Captain Leathers participated in what was to become the most legendary steamboat race in history, pitting his Natchez against Captain Cannon and the Robert. E. Lee.

Leathers and the Natchez lost the race to Cannon by a little over 6 hours.

A shrewd, conservative businessman, Captain Leathers was known for his flamboyant appearance and personality. He was a staunch supporter of the Confederacy and is said to have defiantly flown the "Stars and Bars" on his boats for many years after the Civil War.

Captain Leathers died tragically in New Orleans at the age of 80 after having been run over by a hit and run bicyclist, thus ending 1 of the most successful careers in steamboat history.